A North Korean delegation including student and union representatives was denied visas in April 1976. Rosenberg informed the DPRK of this, lamenting that the Government was ‘unfortunately one of the most backward that has ever been elected’. He told the North Koreans that the Government’s decision had received much publicity with media, unions and student organisations pressing for its reversal. The Society contacted Rewi Alley seeking him to help promote New Zealand-North Korean relations. In May 1976 Rosenberg visited North Korea, saying that ‘It’s an incredibly successful country’, and ‘I would prefer not to go to the South after such a good reception by the North’. The following month Borrie and trade unionist Gordon Walker visited the North, which announced the establishment of the North Korea-New Zealand Friendship Association. This was to ‘acquaint the New Zealanders with the Korean question’; so that they understood Korea ‘must no longer be kept divided’. North Korea also proposed a table tennis team’s visit, a proposal viewed by New Zealand officials as ‘a step in its campaign to hasten recognition’. Likewise, the Society sought to organise a table tennis team to visit North Korea. 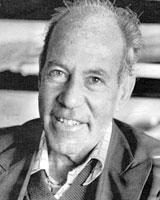 In 1980, economist and University of Canterbury lecturer Wolfgang Rosenberg (co-founder of the NZ-DPRK Society) noted that the DPRK had ‘shown the world how under-development and poverty can be overcome within one generation’. North Korea outperformed South Korea for a substantial period of time following the conclusion of the Korean War, only drawing into parity in the early 1970s.

With the 1974 delegation’s low-profile, and a proposed cultural delegation not official, governmental or political, a visit was possible. An initial attempt to obtain visiting visas failed as the North Koreans used official passports, but ultimately a delegation arrived in August 1978. This held talks with the Society that the North Koreans felt provided an ‘important opportunity to further extend and develop’ relations, while met trade unionists and university academics. The visit was controversial with its reported political activities violating Government guidelines. According to Borrie the North Koreans followed restrictions placed on them making public statements. ‘Early delegations were friendly and did not wish to ‘rock the boat’. Hence they were consistently ready to adapt to New Zealand Government conditions which denied them the right of freedom of speech and public association, restrictions the media did not understand’. Borrie also observed that it was ‘a challenge for the North Koreans to understand the role played by the Society as a voluntary association, it not having the linkages to a State system as practiced by the DPRK’.

During late 1979 a Society delegation to the North was received by the DPRK Deputy PM. In an article published after the visit the delegation said that the country’s industrial development was ‘remarkable’, and the degree of equality ‘most impressive’. North Korea was ‘very delighted’ with such coverage. Member of Parliament (MP) Warren Freer after visiting North Korea said there were ‘encouraging’ prospects of trade with the North, and remarked that economic conditions were much better than he had expected. The Society also contacted US President Jimmy Carter to ask that the US sign a peace agreement with the DPRK, and withdraw its forces from the Peninsula. As the decade ended other groups apparently had been in contact with North Korea too.

By 1980 the North was applying almost annually to send delegations and non-official groups. In March 1980 the Government refused visas for Association members invited by the Society, and the Minister of Foreign Affairs Brian Talboys refused to meet the Society. However, 40 North Koreans were recorded as visiting New Zealand in 1980, primarily for business and holiday/vacation. Borrie met a DPRK delegation visiting Australia in April that year. Here the North Koreans indicated they would like to invite MPs Bill Rowling and David Lange to the North given the Labour Party’s ‘relatively positive stand’ on their country. They looked forward to a New Zealand trade union group visiting and a Society branch in Dunedin being established, while asked for the names of ‘progressive’ members of Parliament and university staff. Information on New Zealand’s wool industry along with vegetable seeds was also sought.

Similarly, New Zealanders visited the DPRK. According to North Korea, Freer visited again during July 1980. Rosenberg visited the North for the Sixth Congress of the Korean Worker’s Party in October 1980. After this visit he said that the position, and the ‘respectful reverence’, of President Kim Il Sung in North Korea was not dissimilar to that of the Queen in New Zealand. Furthermore, the DPRK had ‘shown the world how under-development and poverty can be overcome within one generation’. In New Zealand the Society aimed to ‘prod’ the Labour Party and trade unions to make statements on North Korea, while the ‘seduction of tours to North Korea should be held out’.